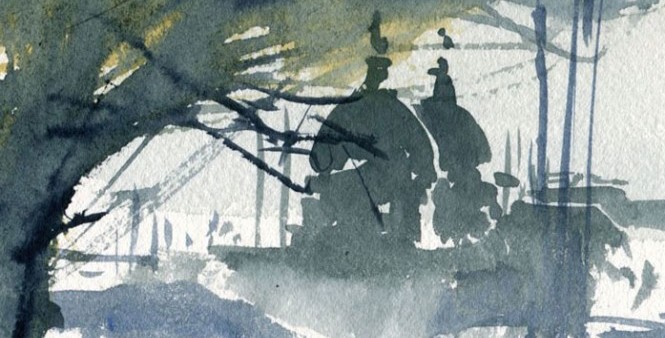 The metal splinters a winter’s moonlight

shine on the rain boys as they plummet at midnight,

and the vultures of past lives crawl into misty street pipes

as the cries of cowardice souls disappear into life’s flight.

and the artist’s portrait has a face of one once mine,

who ate the tangy fruit from the sinner’s vine

and I geared though the moonlight a rain so divine.

Domes of steeples and wells stand with awe,

marked by the battles that fighters fearlessly saw.

are those of a young painter who has again drawn the shortest straw.

In times of fortitude a flooding of one’s mind,

can we reach the prize of a life more or less kind?

Or will we fall in to the pit of promises that bind,

and see all mankind in a sort of eyesight both clear and blind?

If history can tell who sings the song so well,

then why has no one broken the sacred spell

through those fiery nine circles where the forsaken beasts still dwelt?

I forfeit a life of intimate space,

Though I think I’ve created my own important place

of times from now and then when I can admit with humble grace,

the knowing that it is own future that I now must face.