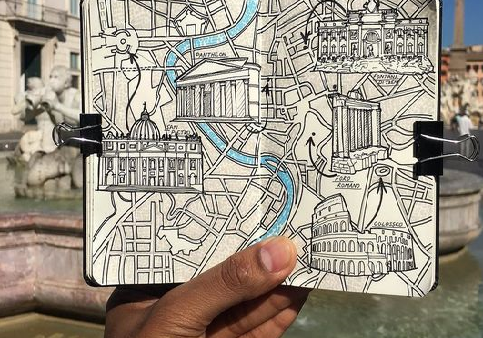 Once upon a time a young boy and girl decided to visit one of the most amazing cities in word, Rome.

They were into the hotel and were greeted by  most nicest people in Rome.

The young boy and girl’s names were Jacle ad Billie-Paige and they had come in Rome for an adventure!

They walking for long periods most of the time of their adventure and saw the most beautiful buildings, but at the end of each day it was so nice to come back to what they feel like home, even if it was for only 3 days!

Billie’s birthday was here in Rome and although she missed her family, as it was her 48 birthday away from them, the staff was incredibly and make her feel so special!